People who have sworn off beets will love this recipe. I promise! I decided to make these beet chips again for my food detective friend Jenny who came over to "write recipes." Before we did anything, she announced that she didn't like beets and we snickered over talk of pink pee (teehee :). Let me just say that when these beets came out of the oven, the skeptical Jenny could not stop eating them right off the parchment paper! You won't believe how AMAZING these are! 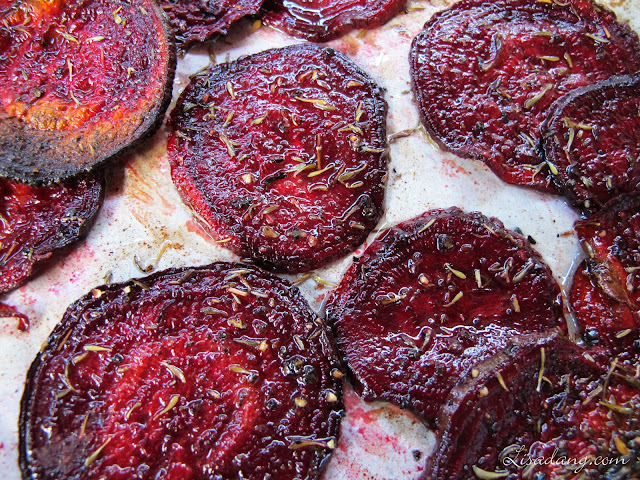 **Roasted Beets**
3 large beets (the larger, the better)
¼ cup olive oil
1 teaspoon dried thyme
¼ teaspoon salt
¼ teaspoon freshly ground pepper
Okay, now with some pictures...
1.  Heat the oven to 400 degrees.  I was hoping to find both red and gold beets as the contrast in colors would have been awesome. Oh well. The red beets are just fine. The larger, the better - OK?! 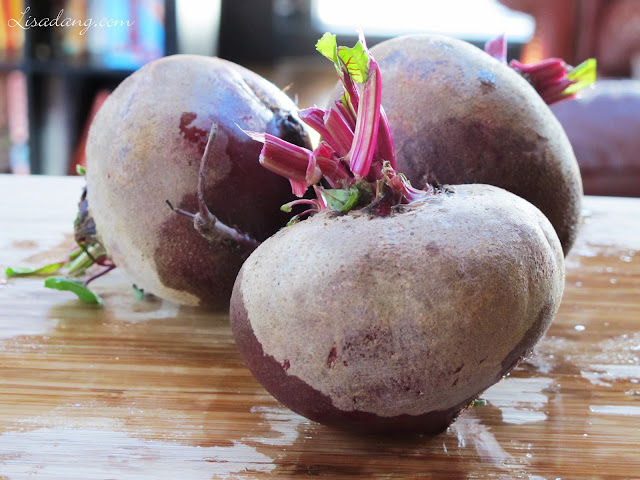 2.  Clean beets with a sponge. Wearing gloves, thinly slice beets (about 1/8” thickness) and mix in bowl with olive oil until fully coated.  Yes, leave the skin on for this recipe. The skin holds the beet chip circle shape. I never had luck with vegetable "scrubber brushes" and prefer using the standard kitchen sponge. (I keep a vegetable sponge separate from a soapy sponge.) You should always keep disposable surgical-style rubber gloves in the kitchen for tasks that involve such messy staining foods like beets. That purple beet juice bleeds into everything! 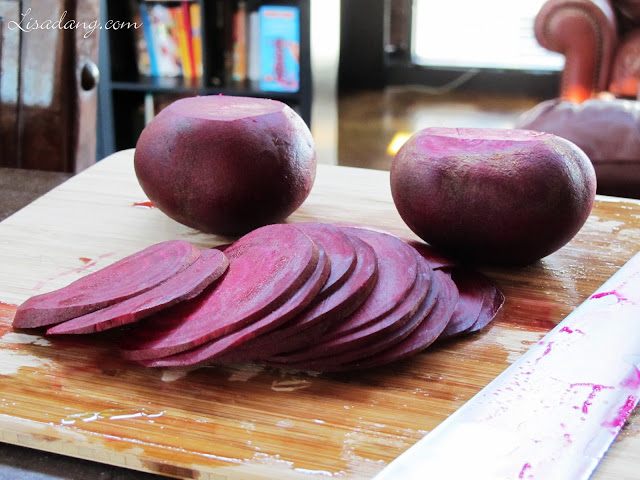 3.  Line baking sheet with parchment paper and lay beets flat with slight overlap. The beets will shrink in size when cooked.  Oops, I forgot to take a before shot of the raw beets.
4.  Sprinkle with dried thyme, salt and pepper.  Careful to not overdo it on the thyme or it will smell and taste too strong.
5.  Bake for 20-25 minutes removing when beets are browned and crisp.  You can see the thinner black edges burnt to a crisp. Still, way delicious. They can be tossed into a salad or eaten independently as a snack. When Jenny took her first bite, that was it. No time to whip up a salad before they were GONE :) 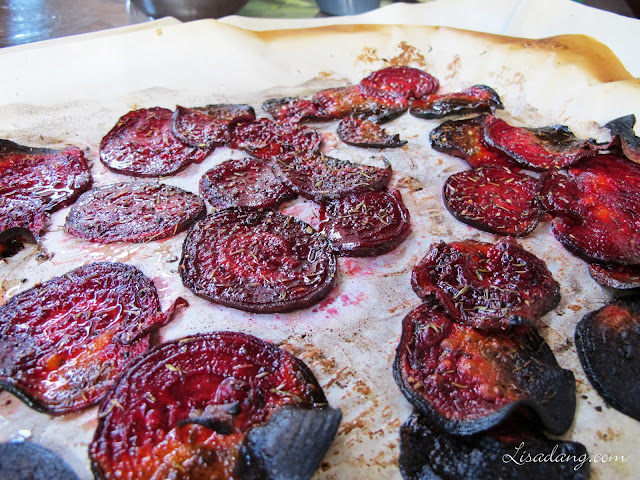 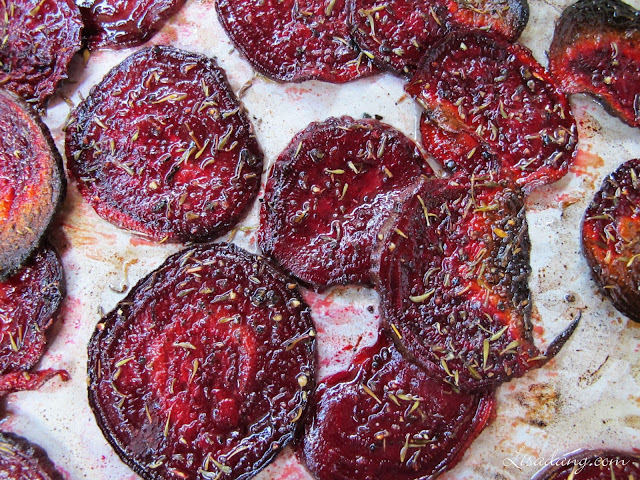 Jenny, thank you (from the bottom of my heart) for measuring everything and producing such a concise recipe!


Posted by LisaDang at 1:17 AM
Email ThisBlogThis!Share to TwitterShare to FacebookShare to Pinterest