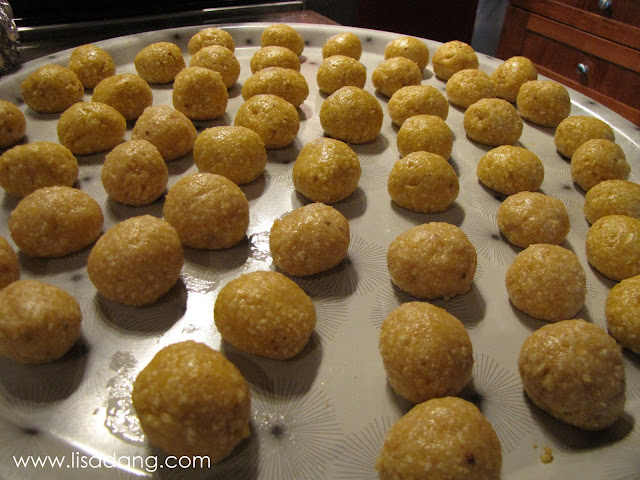 Another food that I rarely ever think (or remember) to make until Passover rolls around (or when people start whispering, "Pss pss, Passover...!") is Matzoh Ball Soup! Kids LOVE matzoh ball soup. Kids really love ANYTHING in chicken broth. I should actually be making matzoh ball soup more often since it is the perfect comfort food. 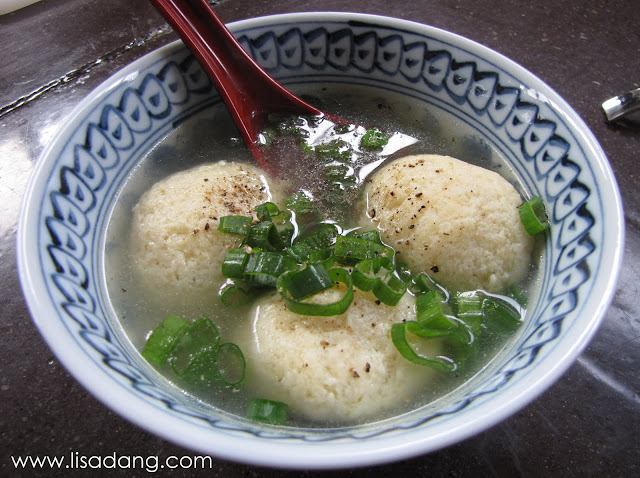 Matzoh balls, קניידלאך kneydlach, is a traditional food made of ground matzoh eaten by Eastern Europeans. The recipe calls for eggs and vegetable oil or shmaltz (chicken fat). According to the laws of kashrut (Jewish dietary laws), no butter or dairy is to be used in a chicken or meat soup.

For the last NINE seders, it appears that my friend TheGailster has been making the matzoh balls for me! Gailster shows up and saves the seder (like, saves the day, but saves the seder:) by showing up, mixing the recipe, rolling the balls and dropping them into the soup. With everything else going on, including producing hearty chicken broths, the matzoh balls ALWAYS slip my mind (!!). What is matzoh ball soup without the matzoh balls?! Thanks, TheGailster, from the bottom of my heart! Top first pic is a platter of her wet-handrolled pre-boil balls, rolled with love.

For that sweet and kicky flavor, I add scallion and pepper to top off the soup bowl (above) before serving. Below is one of my broth pots cooking and cooking and simmering...star anise, cloves, onion, garlic, ginger, cinnamon, salt, pepper. I also made an additional pot with "American ingredients" such as carrots, parsnip, onion, parsley and dill (for those traditional kids like RyderK who go, "Ew!" from a mile away when he detects aromatic cloves and ginger). Yes, I accommodate EVERYONE! 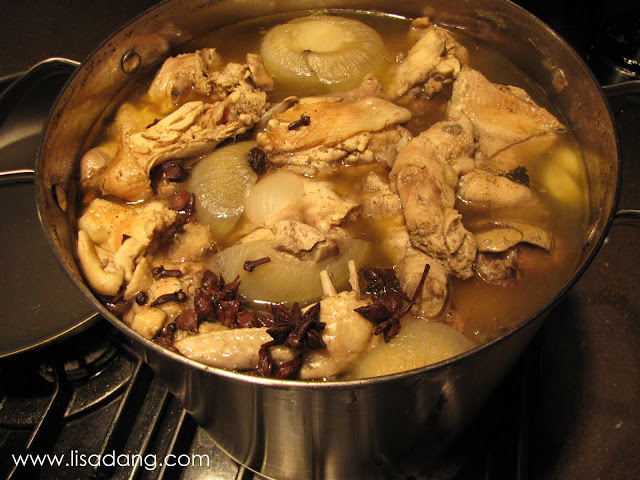 Tada, here's the Gailster herself in sassy red apron prepping the balls all the while giving me life lessons on raising boys, preaching priceless motherly wisdom into my Passover-frantic ears. 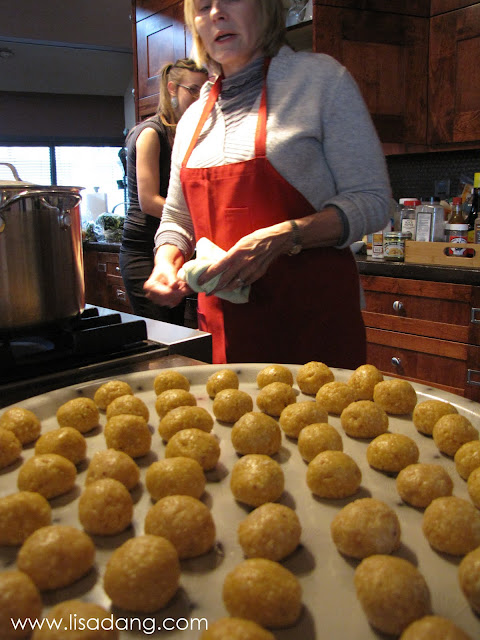 As far as matzoh ball mixes, I prefer the "Streit's since 1925" (which calls for 1/4C of oil) over the Manischewitz (which calls for 2T of oil?). Haven't had the time or preparation to round up chicken fat yet. We closed the lid for an instructed 30 minutes and opened the pot to giant swollen fat photo-ready matzoh balls in the yummy broth. Each time: "PHEW, the recipe works!" 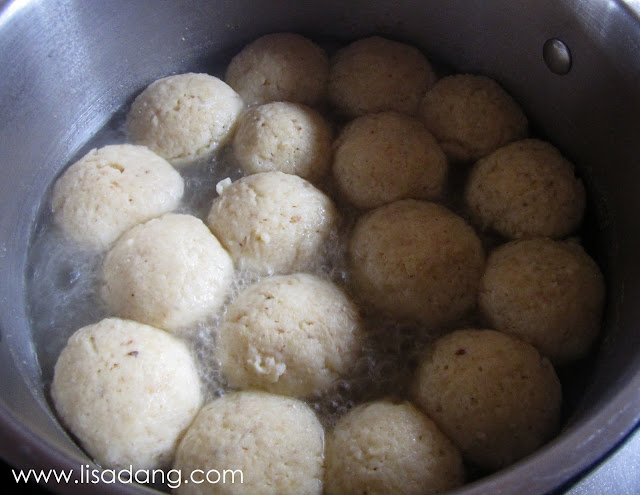 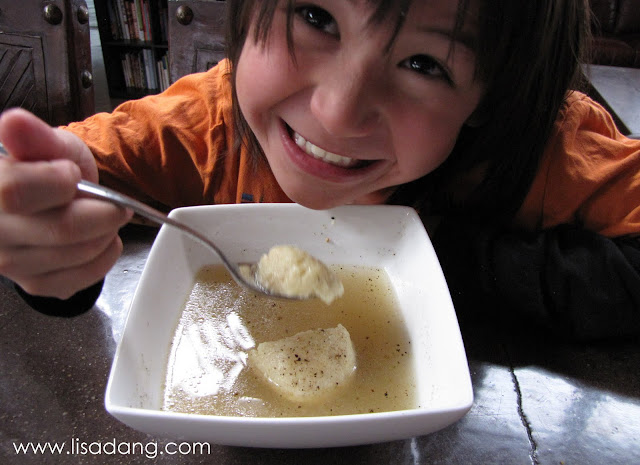