Years ago when we first moved to Utah, we were die-hard regulars of Lugano along with an entourage of wine-lovers from Park City. We always left feeling so smart and savvy, getting with the latest scoop on wine, fish and local produce from the fabulous Greg Neville, owner and chef.
Suddenly, Lugano evolved into a top choice venue and catering service for all private functions. I can't remember how, when or why we stopped coming (at least a year). I was suddenly reminiscing and craving their spicy clams, cauliflower spaghetti and fresh ravioli. Bro and I pulled into Lugano for an early bite.
Complimentary bread, butter and olives. Resist stuffing yourself with the chewy awesome crusty bread and herby olives. 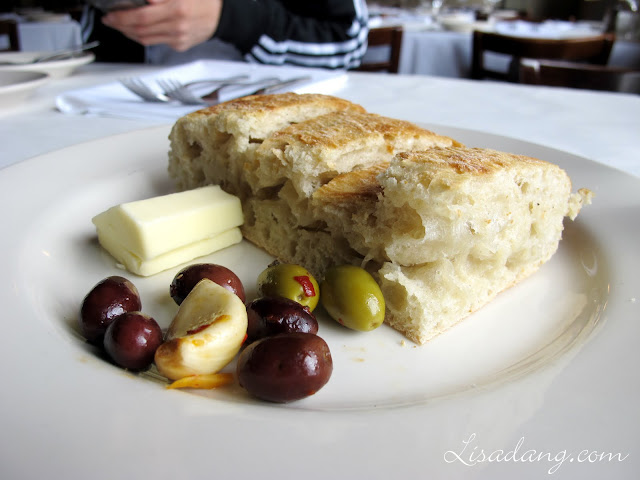 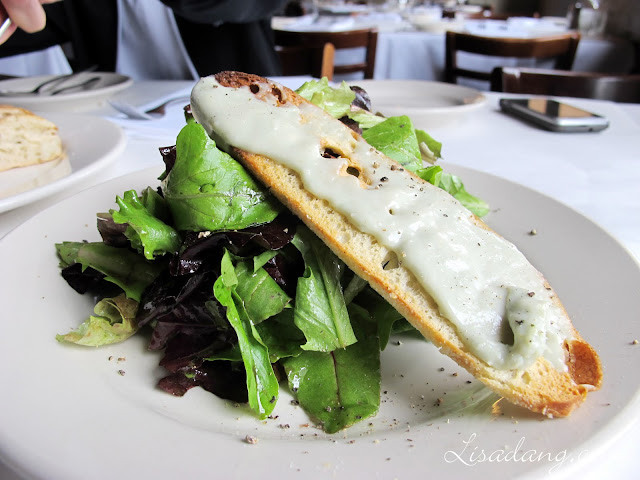 Woodburning Oven Mussels, wine broth, pesto, grilled garlic toast, $16.  In the past I religiously ordered Lugano's Clams but decided to change it up a bit with Bro—bad move ;'( Our mussels sat in a mellow mild pesto sauce. The clams come in a claypot loaded with spicy, curry, garlicky, red broth and topped off with a wicked cucumber-radish-avocado tapenade and lemon wedges. If you like punch and kick in your bite, you must order the Manila Clams (and avoid the mussels!). 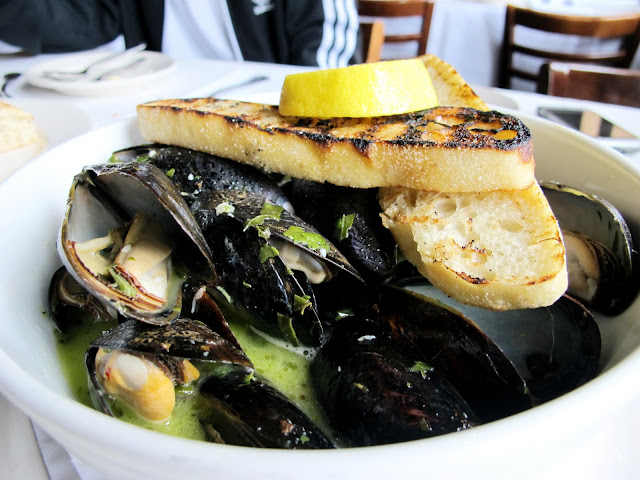 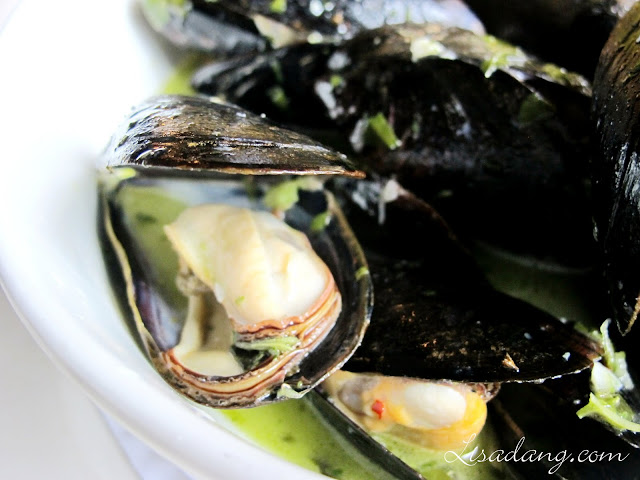 Spaghetti, Napa Cabbage, pancetta, cauliflower, olive oil, ricotta salata, chili flakes, $15.  Last minute, I asked for housemade tagliatelle noodles instead of hard spaghetti—another wrong move ;'( To be fair, they did warn me that there would be less total pasta if we went with the fresh noodles, but they should have readjusted with amount of pancetta. It so way too salty we were guzzling water. The cauliflower (star ingredient) and napa cabbage were sugary sweet and sort of helped, but the gobs of bacon just oozed salt. 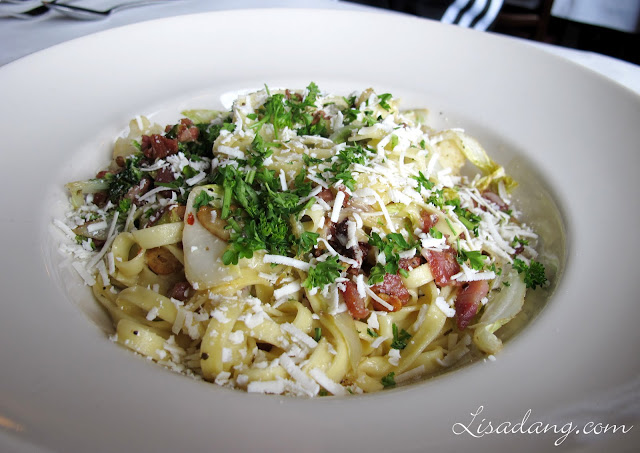 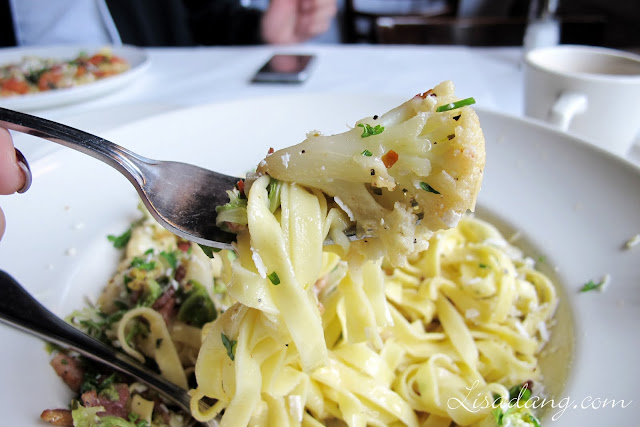 Chicken Ricotta Ravioli, $18.  The raviolis were awesome as expected. Can't go wrong with the ravioli here, ever. Light and bold. 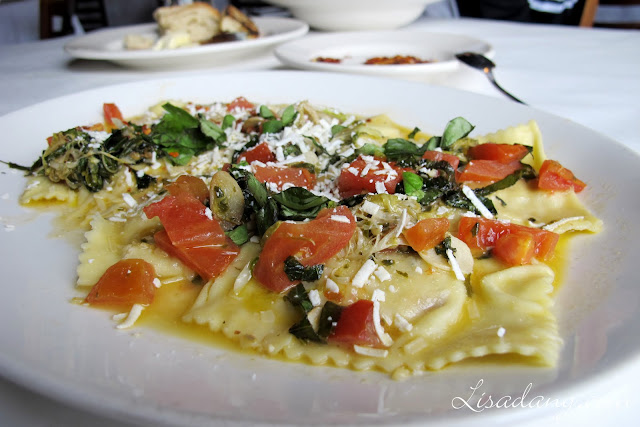 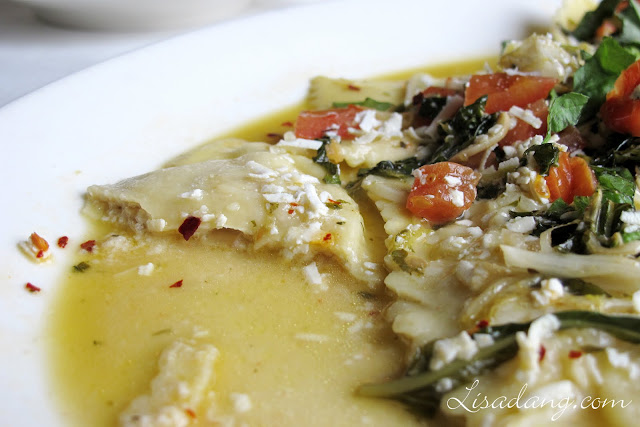 Posted by LisaDang at 11:16 PM
Email ThisBlogThis!Share to TwitterShare to FacebookShare to Pinterest