After a long day finalizing interior plans for my first PF, we squeezed in an early supper at Mazza on 9th & 9th before heading back to Park City. Spunky interior at Mazza—open ceiling in lavender, duct work and crown molding in metallic bronze, artsy tile floors and funky middle eastern style lanterns everywhere. 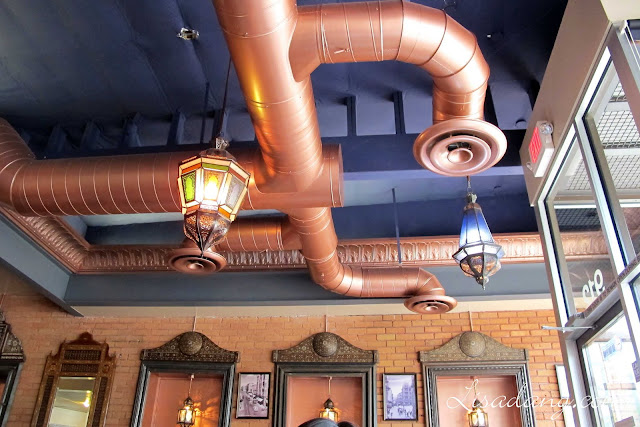 Still holding on to my temporary handicap parking pass (yes, still limping) we scored a parking space right in front—yeah! The restaurant was packed with an urban, academic-looking, preppy crowd. 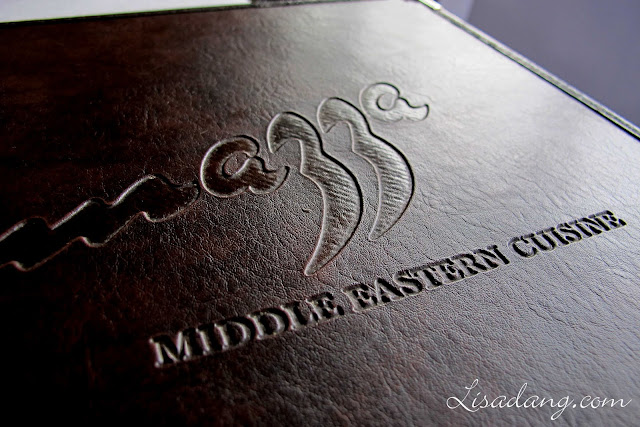 LEBANESE SALAD, medley of crunchy cucumbers, ripe tomatoes, crisp lettuce, radishes, chopped green onion, house dressing.  This was not the cucumber salad I was expecting (didn't see the "lettuce"). Dressing was a little bland, everything was crisp, but I was still craving cucumbers. 3 appetizers for $10. 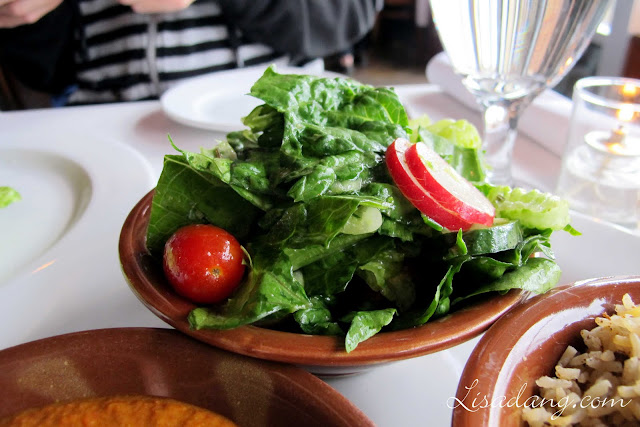 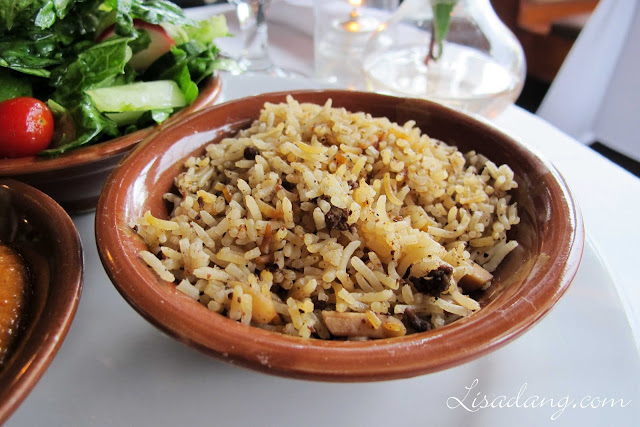 MUHAMARA, traditional Aleppan dip made with walnuts, pomegranate molasses, toasted bread crumbs, olive oil, roasted bell peppers, spices, ground to a past and served with lettuce.  This was our favorite out of the trio of apps. Finally the kick we were looking for. We actually had to smear some of this red Muhamara stuff on everything to make the meal bearable. 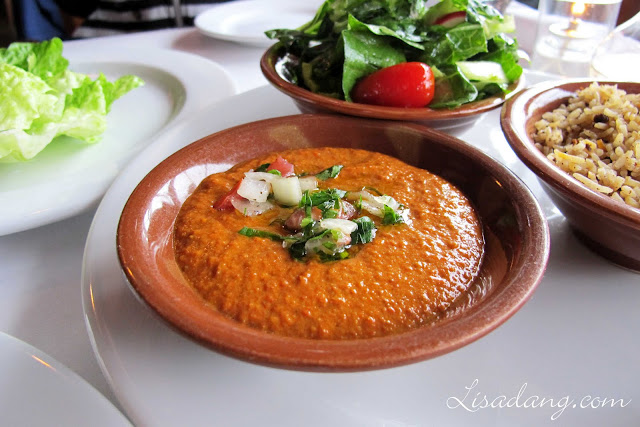 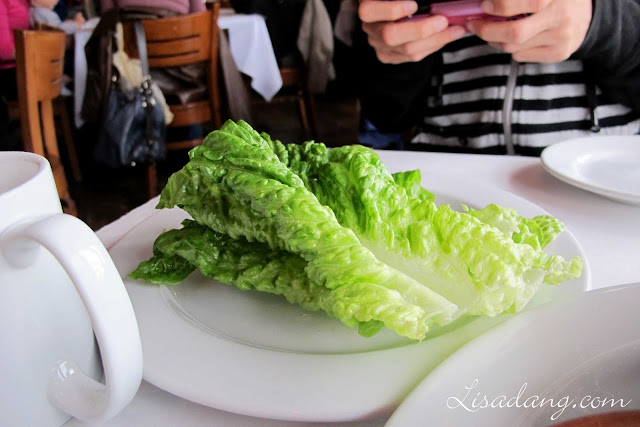 LAMB AND RICE DOLAA, braised shoulder cut lamb in 9 spices, rice cooked in broth, garnished with pine nuts, almonds, cucumber-yogurt sauce, $18.  This was rich and meaty but bland (which was why we added gobs of the red Muhamara paste). I savored the orange garnish twist. 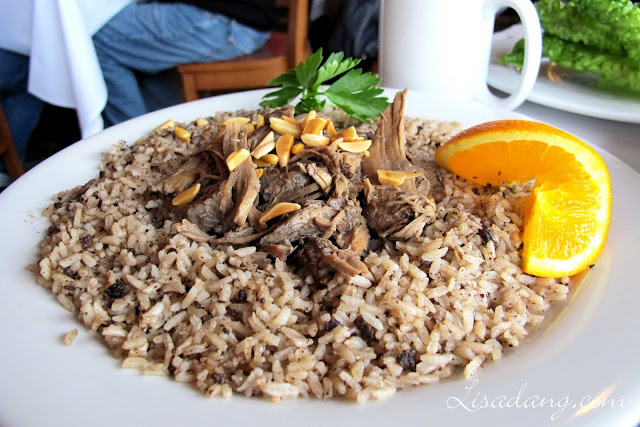 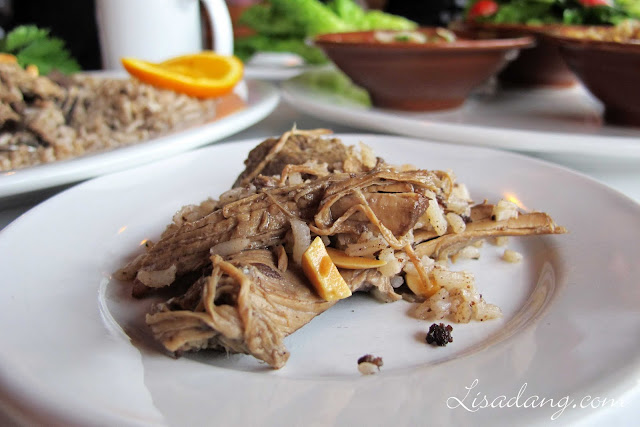 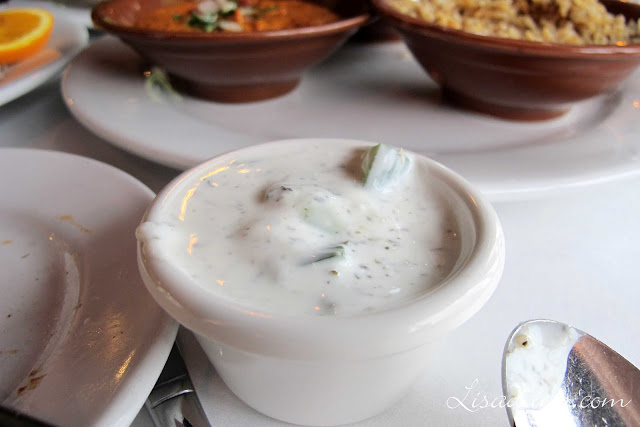 MAZZA'S CHICKEN AND POTATOES MUTABBAK, chicken breast, potatoes, sweet golden onion, baked in tangy sweet tamarind sauce, basmati rice, a Mazza signature dish, $17.  AWESOME! We were really bummed out from our first set of bland orders and had to order one more thing before leaving. We spotted this dish at someone else's table. This dish saved the day—the tamarind sauce was sweat and sour, amazing over fresh white basmati and crispy potatoes. The crispy salty potatoes were a surprise—so crunchy and tasty! :) 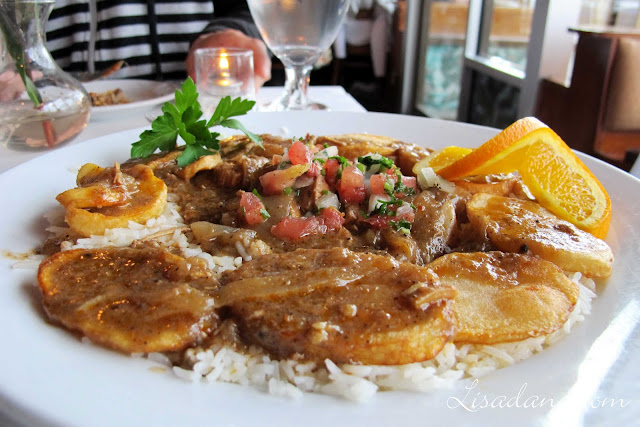 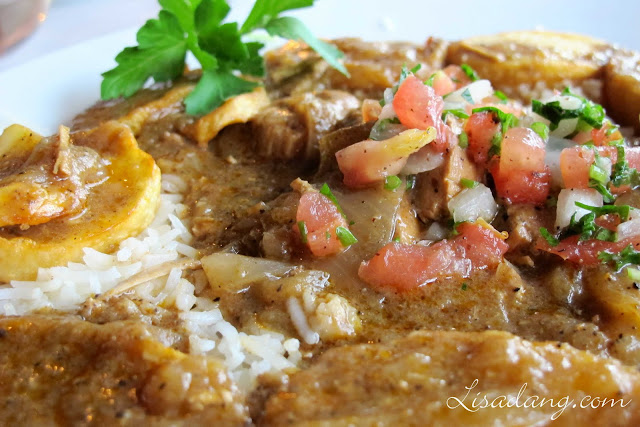 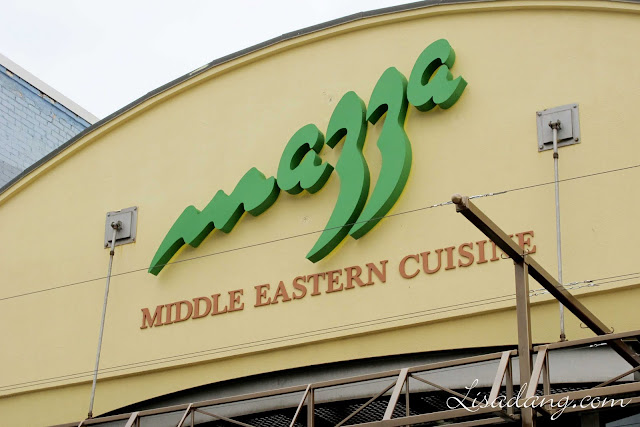 Posted by LisaDang at 11:58 PM
Email ThisBlogThis!Share to TwitterShare to FacebookShare to Pinterest